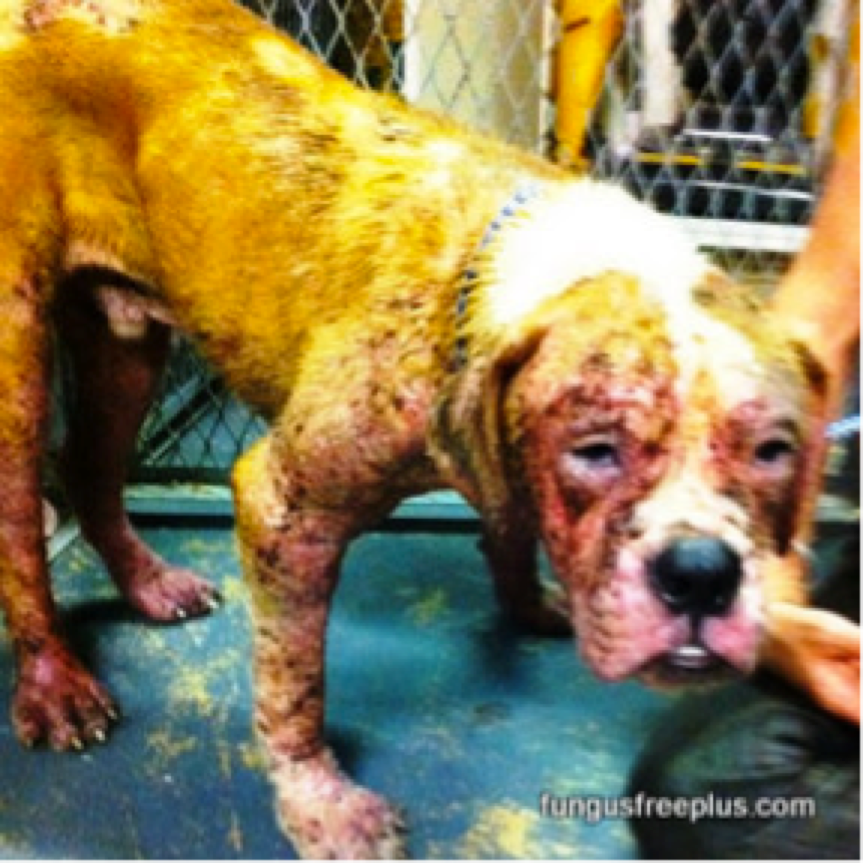 This dog named Colin had been being used as a “bait” dog for a pit bull fighting operation. He was used to train the fighting dogs and sustained numerous puncture wounds and lacerations. He also had a severe case of demodectic mange.

Fungus Free saw Colin’s story on the news and contacted the rescue organization to donate product . Colin was adopted by our president Sue Copeland as soon as he was released from quarantine and lives a happy healthy life in Jupiter, Florida now. 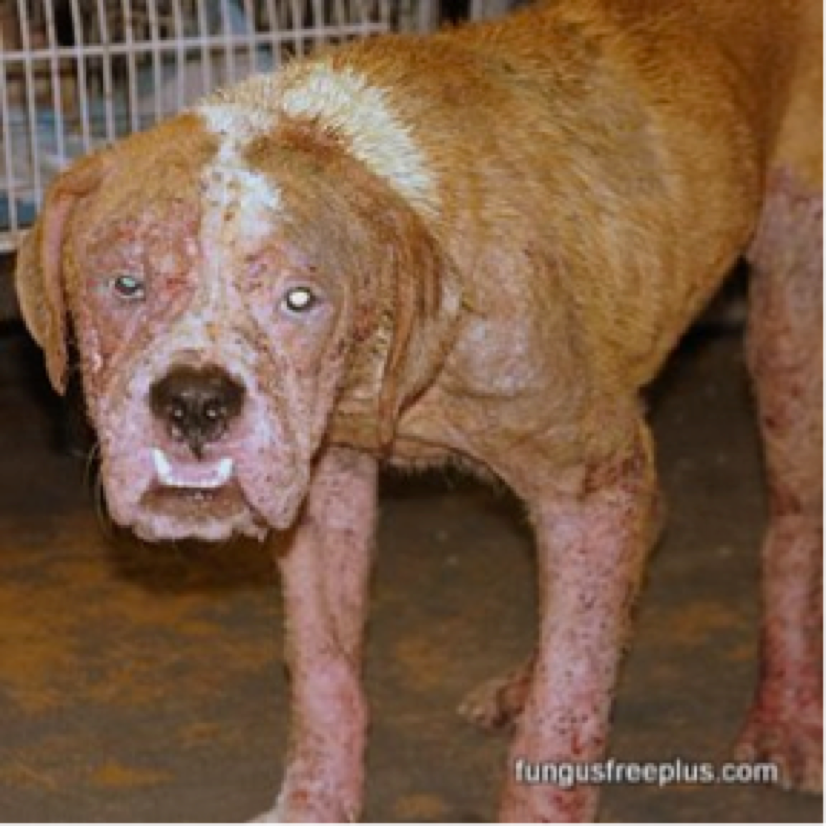 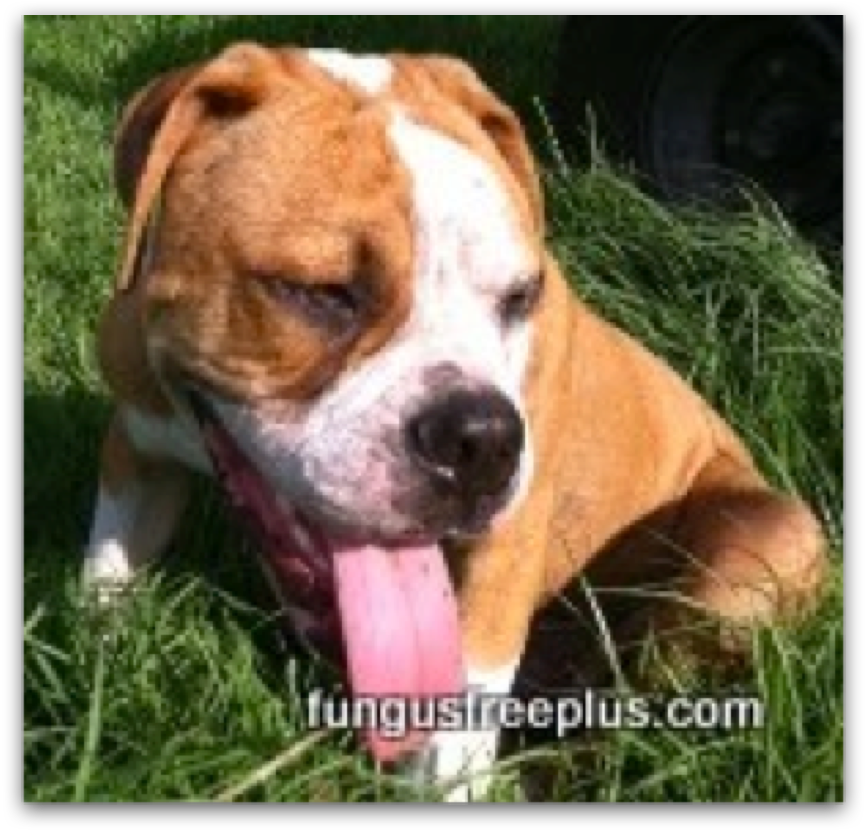 Colin had puncture wounds covering his body and demodectic mange. He also received Ivermectin orally for the mange. Fungus Free soothes and speeds healing. Most cases of mange that are this severe take much longer to heal.

These statements have not been evaluated by the Food and Drug Administration. These products are not intended to diagnose, treat, cure or prevent any disease.